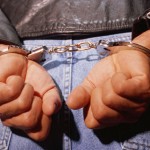 The Importance of An Excellent Investigation

As juvenile criminal defense attorneys learn very early in their careers, most cases turn primarily on the presentation of evidence rather than on legal argument. The facts are the lawyer’s most important asset not only in litigating the case at trial but also in every other function he performs such as urging the prosecutor to drop or reduce charges, negotiating a plea bargain with the prosecutor, or urging a favorable sentencing recommendation on a probation officer or judge.

Investigation is the principal method by which Colorado juvenile criminal lawyer gathers the facts s/he will need. Although there are additional instruments for fact-gathering, such as discovery, they are far less reliable and comprehensive than the time-honored practice of hitting the streets and looking for witnesses.

The following are important aspects of a juvenile criminal investigation:

3. Observing the scene of the crime and other relevant sites and

Using the Defense Theory of the Case to Guide the Investigation

Almost always, one issue, or a very few issues, stand out as having paramount importance. Whereas the prosecution must prove all the elements of its case, the defense need do nothing more than destroy one element of the prosecution’s case. It is seldom intelligent to take on more than one or, at most, a couple of issues.

The Colorado juvenile criminal lawyer must avoid becoming a prisoner of his or her theory. In the search for facts that support the defense theory, the lawyer must be alert to those that do not and to facts that suggest a preferable theory. The lawyer must go to the sources that are most likely to contain information relevant to his theory, but while he is tracking down those sources, he must gather all other information potentially germane to the case that can be gathered with little additional time and effort.

The lawyer also must constantly re-evaluate what he has thus far gathered and determine whether to keep on the same track or switch to a new one. By keeping his eyes open and plans flexible as he pursues the places of most likely pay dirt, he may find unexpected nuggets that call for digging in new directions.

The lawyer must always have priorities but be willing to change them.

Since the discovery process may take some time and since most police officers are unwilling to talk with a defense attorney or investigator, the fastest and most effective technique for learning the prosecution’s version of the events is to go to the police station and obtain a copy of the incident report filled out by the police at the time of the complainant’s first report of the crime.

Speed Is Generally Essential in Investigation

Physical facts change. An object of importance may be discarded. Witnesses may disappear or forget. Particularly in urban areas, individuals are highly mobile. They may go away suddenly and leave no trace. Or if they remain in the area, they may quickly blend into the neighborhood, becoming impossible to locate as their principal identifying characteristic — proximity to the offense or arrest — dissolves. If and when they are ever found again, they may be useless as witnesses because they have forgotten crucial details.

It is especially important to move quickly in tracking down and speaking with alibi witnesses. Alibis depend, of course, upon the witness’s having a detailed recollection of what s/he and the respondent were doing at a precise point in time. Since often those activities will be quite ordinary, such as standing on a street corner and chatting, even the slightest delay on the lawyer’s part can cause uncertainties to creep in.

After a couple of days, and certainly after a couple of weeks, the witness will no longer be certain whether the conversation with the respondent took place at, for example, 3 p.m. or 3:10. And the entire alibi could depend on that ten minute difference if the distance between the scene of the crime and the location of the conversation could be traversed in ten minutes. While there are certain techniques the defense can use in jogging alibi witnesses’ memories and preserving the alibi evidence, the best technique is to get to the witness before his or her memory starts to fade.

A juvenile criminal defense lawyer’s other top priorities in starting the investigation should be those items that are perishable: physical objects that are mobile or changeable; witnesses who are mobile or imprecisely identified but related to some specific location at a recent point of time; witnesses whose involvement is such that they may forget if not questioned quickly.

The lawyer should move on these items as rapidly as he can. This is so not only because of the risk of irreparable losses but also because early investigation makes the most efficient use of  the lawyer’s limited resources: an hour’s search while the track is warm may be worth days later.

Once a reasonable effort has been made to find the known perishable items, the lawyer should evaluate everything he has, estimate the points of strength, and proceed with further investigation to consolidate them.

The Use of a Private Investigator

Whether juvenile criminal lawyer should hire an investigator or conduct the investigation personally will depend in part, of course, upon the financial resources available to the defense.

An investigator is clearly recommended, when practicable, for several reasons. Money spent to hire an investigator is usually economically spent, since an investigator’s time is less costly than the lawyer’s. The criminal lawyer will have other things to do in the case that can be done only by a lawyer, which may occupy the lawyer at times when investigative needs are critical.

A good investigator also has sources of information unavailable to all but the most experienced defense lawyers in a locality — community contacts, official contacts (acquaintances in the police department, prison records department, probation department, and so forth), and contacts with other professional fact gatherers (news reporters, social workers, local politicians and their staffers).

Furthermore, the investigator can readily be called upon to testify if any conflicts arise between the stories given by witnesses at trial and the stories they previously gave in an investigative interview.

If the lawyer decides that photographs are necessary for the defense, a person other than the  lawyer will have to take them and be available to testify to lay a foundation for their admission into evidence at trial, should the prosecutor not stipulate to their accuracy.

The intelligent use of an investigator requires thoughtful attention by the Colorado juvenile criminal lawyer.

The Intelligent Use of the Client’s Available Defense Funds

Colorado juvenile criminal lawyer must explain the case and the initial theories of the defense fully to the investigator at the outset and must inform the investigator periodically of Colorado juvenile criminal lawyer’s current thinking in order to avoid squandering defense resources in the collection of useless information. Frequent, regularly scheduled check-ins by phone ordinarily serve this purpose best; most of the time, they can be kept brief.

Whether or not Colorado juvenile criminal lawyer uses an investigator, it is usually wise for the lawyer to personally inspect the site of any important event in the case: the offense, the arrest, a search and seizure.

Although the will be principally looking for specific items, he will often perceive others that put a whole new complexion on the case — items having a significance that would escape anyone but the criminal defense lawyer.

For example, at the time of trial, when a prosecution witness is testifying about events in detail not previously known to the defense, it becomes apparent to the criminal lawyer who has been at the scene — and only because he has been at the scene — that the witness is mistaken or confused on matters of spatial relations. (A witness who, on direct examination, has carefully drawn a diagram of an unobstructed street corner can be quite visibly flustered by the question on cross-examination whether there is not, in fact, a telephone booth on that corner.)

It is also helpful in many cases for the lawyer to participate in a re-enactment of pertinent events, such as a search-and-seizure episode in which the client claims the police pushed their way through an apartment door, whereas the police will probably claim that they knocked and saw illicit activities inside when the door was opened.

By playing the role of a police officer in this situation, Colorado juvenile criminal lawyer can become dramatically aware of physical restrictions on the witness’s field of vision that may break the officer’s testimony wide open on a motion to suppress.

The juvenile criminal lawyer should be sure that the scene has not undergone changes between the time of the critical events and that of the lawyer’s visit. And re-enactments should not be undertaken, if avoidable, in places where the public or the police can watch the replay.

A Colorado juvenile criminal lawyer will normally determine the order of the investigation, and which witness interviews have priority, in accordance with the theory of the case. The one exception to this general rule is that the lawyer must talk with any witnesses specifically named by the client, however tangential they may appear to be. Even if the lawyer believes that these witnesses are unimportant, the lawyer may be wrong. Moreover, every client is entitled to the small comfort, at least, that his or her lawyer does not disbelieve the client without fair inquiry.

If the juvenile criminal lawyer succeeds in finding the witnesses but decides, after talking with them, that they have nothing useful to say or are unconvincing, the lawyer should discuss these matters with the client and make a file note of the reasons and the lawyer’s conclusions.

Please Call Us if you have any questions regarding:

H. Michael Steinberg has been a Colorado criminal law specialist attorney for 30 years. For the First 13 years of his career, he was an Arapahoe – Douglas County District Attorney Senior  prosecutor. In 1999 he formed his own law firm for the defense of Colorado criminal cases.

In addition to handling tens of thousands of cases in the trial courts of Colorado, he has written hundreds of articles regarding the practice of Colorado criminal law and frequently provides legal analysis on radio and television, appearing on the Fox News Channel, CNN and Various National and Local Newspapers and Radio Stations.  Please call him at your convenience at 720-220-2277

If you have questions about Colorado Juvenile Criminal Defense Investigations in the Denver metropolitan area and throughout Colorado, attorney H. Michael Steinberg will be pleased to answer those questions and to provides quality legal representation to those charged in Colorado adult and juvenile criminal matters.